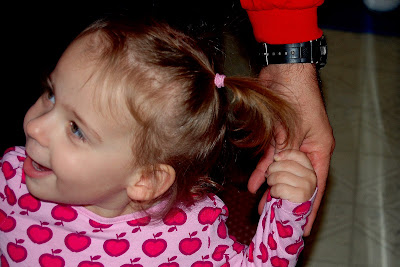 When I was in seventh grade, I had this civics teacher. He was young and single and fun and yes, I did have a stupid crush on him, okay? He taught us about important things like Vietnam and animal abuse.

I thought he was wonderful.

And then came the day I discovered that, while he may be wonderful, he certainly wasn’t perfect. I found out, through an older friend from church, that he may have smoked pot in college.

Did I mention that I grew up in a conservative family in a small town? It’s true. I was sheltered. But even though I can look at that piece of information with a completely different perspective than I had when I was 13, I will never forget how disappointed I was to learn that this man I’d looked up to had done something wrong.

I imagine that’s how many people have felt over the past couple weeks with the Tiger Woods debacle.

We’ve all read the stories and heard the commentaries and perhaps even held conversations ourselves. The whole thing has started me thinking about role models and the people we look up to.

Mark heard a man on sports radio talking about Tiger Woods, and he said something to the effect of, “You just can’t trust anyone. From famous athletes to politicians to Baptist deacons, everybody has secrets. Everybody makes mistakes. Everybody is human.”

I can’t argue with that. (Especially since I’m not even sure why I put quotes around that little paragraph. Because while Mark did, indeed, tell me about what he heard, I honestly can’t remember exactly what the radio guy said. And so I made up that whole statement. Except the part about deacons. He definitely said that.)

But regardless of that guy’s exact words or if you love Tiger or hate him, all of this raises a valid point: How do we choose our role models?

In the past two weeks, I’ve seen two strong women portrayed on screen. Both hit me with a force that I found surprising; both have stayed with me and made me want to be a stronger person.

But while Sandra Bullock’s Leigh Anne Tuohy (The Blind Side) is based on a real person and Julianna Margulies’s Alicia Florrick (The Good Wife) is a composite of many actual political wives, neither is a role model. They’re both fictional, made up, not real. Even though I admire these characters, I still need and want to look up to real people, faults and all. And that’s a hard thing to do.

But they’re still not real.

So, even though I love seeing strong women portrayed in books, movies and TV (Julia Sugarbaker will always have a special place in my heart), I’m thankful for real people to admire. People like my mom, former colleagues, my cousins, my friends.

Even though they’re not perfect. Even though – and because – they’re real.

Who do you look up to? Have you ever been disappointed by a role model?

[For your entertainment, here are my favorite scenes from The Good Wife, The Blind Side and Julia Sugarbaker herself. And in case you didn’t win today’s round of Name That Tune, the title of today’s post is from a song with the funniest video ever. Also known as Call Me Al.]