More of the important stuff 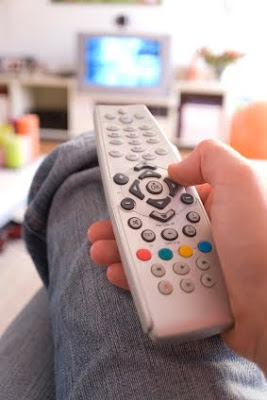 One thing this blog is good for is keeping me from doing the dishes after dinner keeping track of what I’ve done over time. Thanks to the excellent record-keeping I’ve done here, I can tell you that last year, I watched 40 movies (including seven holiday movies ranging from saccharine to Splenda).

I’ve thought about it, and I decided that I don’t feel bad about it. I haven’t counted, but I’m sure I read more books than that. And after all, I’m pretty sure somebody out there is relying on my movie reviews. (No? What? Oh, sorry, I can’t hear you, lalala!)

Now that we’re well into 2010 and have settled somewhat comfortably into the year, no longer limping from our brand-new-gotta-do-it-this-time workouts and coming to a tentative agreement that we’ll call it twenty-ten, I’m going to do a little recap of my 2009 viewing accomplishments.

Not the regular movies, because we’ve already gone over that. And not the holiday movies, because I’m serious: I’m talking Lifetime and Hallmark movies here. No need to rehash that. Nope. Today I’m going to tell you about the old movies and TV shows I finally got around to watching.

The ones that everyone else and their little brother who was too young to watch them have seen.

Matrix: I watched this one over Labor Day with college friends. And I have to say, I still have not gotten over the fact that I hadn’t watched it before. I really liked it! It was weird and complicated, but thankfully, our friends have seen it a million few times, so they knew how to answer all my questions.

Flashdance: One night when nothing else was on TV, this was. I’m glad I finally saw it, but I can’t say I loved it. I liked it – and the soundtrack, of course – a lot, but Dirty Dancing, Step Up and Save the Last Dance are in no danger of being knocked off the top of my dancing movies list. (Don’t you have a list like that?)

Say Anything: I read an article about 2009 being the 20th anniversary of Say Anything, and I thought about how ridiculous it is that I haven’t watched it. And after I rented it, I have to say: I still think that. How did I miss this movie? It kind of reminded me of my own high school romance, if you can call it that. And I had a brilliant post written about how Mark was just as sweet as Lloyd Dobler, all ready to share with you. Except – it was only written in my head, and it just never made it to paper/screen.

Freaks & Geeks: I know I already talked about this one, and I wish I wasn’t too lazy to link to those posts. But regardless of my linking lethargy, I loved this show. Big, huge, redundant thanks to Triple and Chelley for giving me the entire season on DVD. I anticipate another full viewing this summer.

Veronica Mars, season one: Next to my beloved Gilmore Girls, Veronica Mars is one of my all-time shows. But I actually didn’t start watching until the second season. Watching season one (in one fell swoop over a weekend. Yes, I was quite productive, thank you.) just made me love the prematurely canceled show more. I never really understand where Logan was coming from, what happened to Lily or why we cared about Duncan. And now? Now, I get it.

Arrested Development: I’ve made a big mistake. I’m kidding! The only mistake I made was not watching this show sooner. After watching all three seasons (thanks to Hulu and my local library), I can see why fans are still lamenting this show’s treatment by Fox. Dry, dark and sarcastic – this smart show was hilarious!

Buffy, the Vampire Slayer, season one: I read a lot about TV. [Insert mock gasp of surprise here.] And all my favorite critics name Buffy as one of the best shows of the 90s, the century, the whole forever of television history. So over the holidays, when nothing was on except Rudolph and Nick Lachey, I thought I’d see if it was available on Hulu. And it was – for only three more days. I’m sure you know what I did next. Yep, I watched the whole first season (minus a couple episodes in the middle – a girl has to sleep, you know!) in three days. I liked it. But I don’t need to watch the other six seasons. I mean, six seasons! That’s a big commitment for vampires. And, like the last three Twilight books, I just don’t care that much.

Better Off Ted: Ohhh, this is a good one. And a sad one. Because it’s actually still on, at least for a couple more weeks. But from what I hear, ABC is burning off the remaining episodes of season two, and then the show will be kaput. It’s too bad. A dry, dark comedy about the absurdities of the workplace is just my sort of thing. (Obviously, I have a thing for dry and dark. Hm.) I’ve been watching on Hulu, but you might see it pop up over the next few weeks on ABC.

And now to move on: if you’ve been wondering about my spring TV watching schedule, well, you might be weird. But I’ll tell you about it anyway. I have several shows I’m watching live, but I’ve discovered the convenience of watching several others online. And a handful I’ll tape and watch over the weekend with Mark. Here’s the rundown:

{Insert sad face here.}I never said it was going to be easy, people. It’s about sacrifice, you know.

So – have you watched any TV shows on DVD? What are you watching this spring?

This post will be linked to Things I Love Thursday. Because, obviously.