The Best Time to Resign 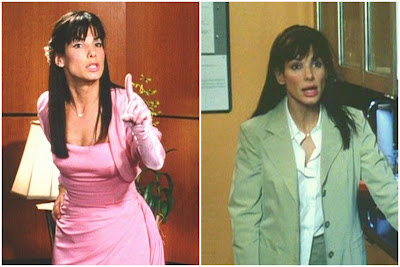 This is pretty much exactly how I look when resigning from a job. Exactly.

I’ve quit a lot of jobs.

But don’t you dare call me a quitter. Or a job hopper. Reasonable or not, that criticism gets me going like no other. Perhaps because I’m afraid it might be true.

My first official, get-a-paycheck job was at the public library one town over from mine. I started working there the summer after my sophomore year and quit during my senior year.

I’d been thinking about quitting because I was so busy during that last year of high school, but the tipping point was when I got in trouble for talking to friends who stopped by to visit. I decided if I couldn’t do whatever I wanted, it wasn’t worth it. In my defense, I was a teenager with a teenager’s typical lack of wisdom.

[I know. Which one is more shocking – that I got in trouble for talking too much or that I quit over it?]

The next several jobs I had were temporary in nature, so leaving doesn’t really fall under the “quitting” category. (Although for those four weeks I worked at McDonald’s, I can tell you I spent my entire shift calculating exactly how many more hours I needed to work to pay my bills.)

I was sad to leave the Chamber of Commerce and my college’s registrar’s office, but not so sad to leave my summer jobs as a waitress and a Walmart cashier.

After graduating college and moving back to Kansas City, I had a hard time finding the type of job I wanted. Strangely, though, the bills didn’t stop coming, so I took a job at a staffing company. Ironically, I spent those three months helping other people find jobs.

When at long last I found the type of job I was looking for – planning non-profit events – I was ecstatic. Not only would I be putting my education and passion to good use, but I’d be escaping the monotonous and excruciating job I’d been enduring.

[If only I’d known a) how much longer it would take me to find future jobs and b) how not excrutiating that job actually was. Ahhh, foolish youth. And hindsight. And all that good stuff.]

Unfortunately, when it came time to put in my two weeks’ notice, I realized the timing could not be any worse. Shortly before that two-week date arrived, I was scheduled for my three-month review. The next day, my manager was leaving for a week-long vacation that would put her back just about 10 days before my planned last day.

I had a choice: I could either keep quiet and not give a full two week’s notice – or muck up both my performance review and my manager’s vacation by telling her early that I’d be leaving.

So much for doing the right thing.

The next time I quit a job, I found myself in a similar boat. I left that first dream job to go to graduate school, so I knew for a few months that I’d be leaving. I was heartbroken to give up my job that I truly loved, but I felt that God had given me an amazing opportunity I’d be foolish to ignore.

It was hard to keep my impending exit a secret, but what complicated matters was the possibility of a training conference. My boss, unaware that I wouldn’t be with the organization much longer, was considering sending me to a conference before the time I’d leave.

I didn’t feel right spending the organization’s money when I knew I wouldn’t be using that training, so I ended up giving nine weeks’ notice. [And returning after one semester of graduate school, but that’s a story for another time!]

Since then, I’ve written several resignation letters and left several jobs. The process is different every time, and so are my feelings surrounding it.

Have you quit many jobs? How did you feel?

Photos from the 2002 movie that Smitty hated but I loved (despite its incorrect title punctuation), Two Weeks Notice