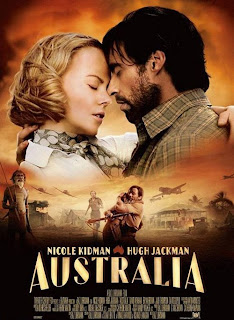 A couple months ago, Smitty and I had an interesting conversation. Life-changing, you might say.

Then again, maybe not, because it did revolve around People magazine’s sexiest man contest.

Our discussion had to do with Hugh Jackman, the magazine’s top guy. I said that I didn’t understand, that I didn’t get it. Because he’s such a scrawny, nerdy guy. He’s a little man, I said. And as a tall, not small girl, that’s just not appealing to me. And the same goes for Eric Bana, I threw in, just for good measure.

Smitty looked at me like I’m crazy, something that I will have you know happens on a regular basis. She claimed that both actors are not scrawny, nor are they short.

So, as we do when any important question comes up, we turned to the internet. And, my friends, it turned out that I was wrong. Both Mr. Jackman and Mr. Bana are 6’2” or so. (No, I’m not looking it up again to get it exactly right. I have some limits, you know.)

[Random side note, because the rest of this post is so on topic: Jackman and Bana are also both from Australia, and they were both born in 1968. I believe this explains why they are essentially the same person in my brain.]
I’m here to tell you today that since watching Hugh Jackman in Australia, I fully accept just how wrong I was about him. As we watched the movie, I didn’t mention this. But Mark apparently noticed, too, and commented about his crazy muscles. (Hugh’s, not Mark’s. Sorry, honey.)

Aside from this revelation and a little bit of Australian history (which, let’s be honest, I could have learned from our friend, Wikipedia), I really didn’t get much out of the movie.

As a matter of fact, I felt exhausted, disappointed and a little bit depressed. I won’t spoil it for you, but not everyone has a happy ending. And if I’m watching a movie called “epic,” I’d like for everyone to have a happy ending.

According to 20th Century Fox, “Australia is an epic and romantic action adventure, set in that country on the explosive brink of World War II. In it, an English aristocrat travels to the faraway continent, where she meets a rough-hewn local and reluctantly agrees to join forces with him to save the land she inherited. Together, they embark upon a transforming journey across hundreds of miles of the world’s most beautiful yet unforgiving terrain, only to still face the bombing of the city of Darwin by the Japanese forces that attacked Pearl Harbor.”

And this epic adventure is almost three hours long. For at least the last half of it, I kept thinking, “Surely this is it! It must be over now!” I should have kept a better eye on the clock. Because it was not over.

I’d heard that this movie was supposed to have beautiful cinematography, and before we rented it, I saw it described as being similar to Romancing the Stone. And since I like that movie – and the whole bickering man and woman fall in love while on an adventure genre – I thought it sounded like a good one.

Then again, maybe I just didn’t get it. I’ve never seen any of Baz Luhrmann’s other movies, so it’s possible I don’t get him. Even so, I wouldn’t give this one any thumbs up.

In case you’re still on the fence, here are my favorite bits from actual critics:

Australia tries to be a sprawling, romantic epic. Instead, it’s a melodramatic exercise in tedium. Rather than being old-fashioned or classic, it’s old-school and conventional. Instead of believable romance, it offers schmaltz and cliché. (USA Today)

Deliberately anachronistic in its heightened style of romance, villainy and destiny, the epic lays an Aussie accent on colorful motifs drawn from Hollywood Westerns, war films, love stories and socially conscious dramas. Some of it plays, some doesn’t, and it is long. But the beauty of the film’s stars and landscapes, the appeal of the central young boy and, perhaps more than anything, the filmmaker’s eagerness to please tend to prevail, making for a film general audiences should go with, even if they’re not swept away. (Variety)

The second half of “Australia,” Luhrmann’s attempt to pull off a wartime weeper, is so aggressively sentimental that it begins to feel more like punishment than pleasure. I left “Australia” feeling drained and weakened, as if I’d suffered a gradual poisoning at the hands of a mad scientist. (Salon.com)

So, now that I’ve left no mystery about how I feel about this movie, how about you? Have you seen it? Did you like it? (Feel free to disagree! Brenda did, and so did Time, Newsweek and TV Guide.)