And so it begins. Along with tornadoes, April showers also bring May sweeps and season finales. And after spending a day focusing on my own personal “It’s a twister!” moment, I think we’re due for something a little more lighthearted.

Unfortunately, none of this week’s season finales cooperated. Enjoy.

SPOILER ALERT: Stop here if you have not watched these shows yet. Because I will ruin them for you. 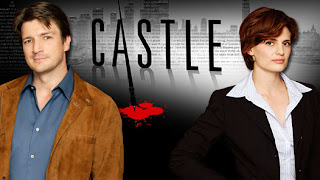 Castle: I don’t even know why I began watching this mid-season show. It’s certainly not like I needed another hour to devote to the world of TV. But the premise included a mystery novel author, and as a mystery novel reader, I couldn’t resist. And you know, it’s pretty funny. Plus, I really like the way the main character relates realistically to his family.

The finale wasn’t too dramatic. After all, we’ve only had a handful of episodes to get to know the characters and the premise. But they did manage to solve a crime, injure a semi-main character and leave us with a cliffhanger. As finales go, not bad. 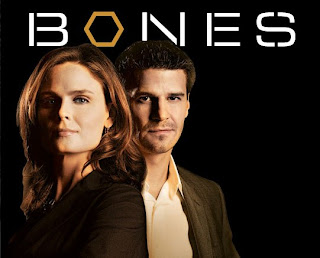 Bones: I read a lot of spoilers, so I knew a few things that were coming up in this season-ender. Zack would return, Booth and Bones would get it on, and oh yeah, Booth had a little thing called a annoying plot device brain tumor. One site I read the morning after the show aired called it “Bizarro Bones,” which is just about right. I’m pretty sure – and was from the beginning – that the episode was Booth’s dream while he was in a coma. And I loved how the elements – locations, people, issues – were all there, but just slightly off. That’s how I dream, too! But the memory loss at the end? So annoying! 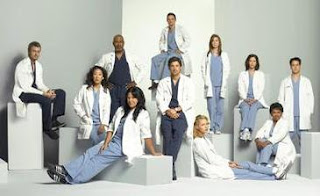 Grey’s Anatomy: Oh, Shonda, why do you do this to me? The drama. The intensity. The emotion. The tears. Oh, the tears.

First, the good stuff. McSteamy acting like a girl = hilarious. Arizona explaining exactly why George enlisting is “awesome” = moving. Bailey breaking down when she tells the Chief why she can’t take the peds fellowship = devastating. Christina cracking a smile and pushing out those three little words = beautiful. Justin Chambers’ acting and character development = fantastic. Derek and Meredith’s non-wedding wedding = perfect.

The bad stuff, though . . . that’s what’s going to stick with me. That ending, with Izzie and George’s lives hanging in the balance – it might be enough to do me in. As in, finally force me to walk away from this show. I didn’t think I could take any more after Denny died. It was just too much sadness on a Thursday night. But I stuck with them. And then Denny came back and, against my good sense, I stuck with this show anyway. And then . . . then! It got good again. But if they lose two main characters to tragedy like this, I’m just not sure my heart will still be in it. Or, maybe what I mean to say is that I’m not sure my heart can handle it.

And that’s all I have to say about that.

Next week: How I Met Your Mother, NCIS, American Idol. And I still have to catch up on The Office.