There is nothing ironic about show choir. 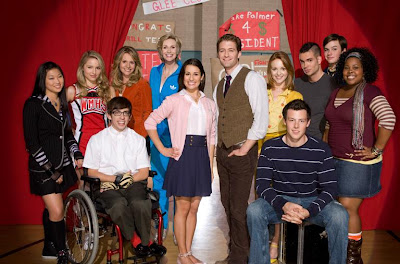 Ahhh, that was glorious! I knew I would love GLEE. And I did. I loved it. I want more of it. I need more GLEE.

For those of you who have (somehow) missed it, GLEE is a new show on Fox. It debuted after last night’s American Idol, but won’t resume until this fall. The hour-long comedy is about a high school show choir in Ohio. It’s a little bit dark, a lot funny, and I am in love with it.

In the final scene, as the choir performs the Journey song that has been stuck in my head since these previews began, the teacher who has been working with them walks in. And as his eyes teared up, I’m not even kidding – so did mine. It was beautiful.

Just kidding. You knew I had more to say, right?

First, I have my favorite quotes from last night’s premiere, excluding most of the ones that have been run into the ground in the previews.

Yes, you guessed it. I was in my high school’s glee club. Of course, we didn’t call it glee club. I didn’t know anyone actually called it that. Maybe it’s an Ohio thing?

Anyway, I was in my school’s show choir. For half the year, we were called Select Chorus and wore tuxedo shirts, cummerbunds and suspenders. I sang in that half of the year. 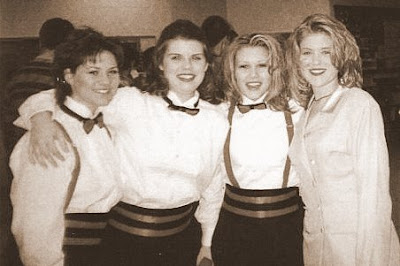 For the other half, we were called Swing Choir, and we danced. While singing. I accompanied the choir on the piano for that part of the year.

In the spring of my senior year, I did finally dance with the swing choir. And while I wouldn’t call it the best moment of my life (like Will did in GLEE), I will say I enjoyed it. Even though I was so embarrassed to be seen dancing in public. To a Beach Boys song. With jazz hands.

As they say, there is nothing ironic about show choir.

If you missed it, you can watch GLEE on Fox.com. And until it’s up, here’s a preview.

(And if there was ever any doubt this show was made for me, the Fancast page says next to the preview, “You might also like . . .” and guess what’s listed first? Gilmore Girls. And next, Veronica Mars. Apparently, Fancast knows me well.)

Did you watch it? What did you think?