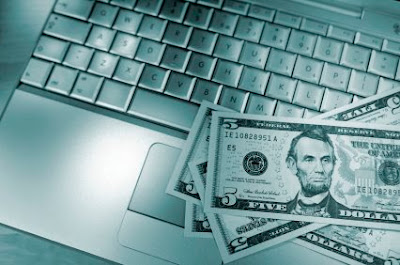 I once had a friend named Ben. Ben was a funny guy. And Ben had this theory. He believed every lame, boring, unfunny story could be salvaged by ending with one statement.

“And then I found five dollars.”

Sometimes, that is totally true. Think about it. You’ll be telling a story, and perhaps it seemed important or interesting when you started but now you’re about 40 percent through and you’ve realized that it’s not that great and you can’t even remember what the point of the story was supposed to be and everyone’s looking at you with those blank stares except for that one guy who just peeked at his watch as if he’s got somewhere more important to be but no, really, this is a good story, I swear, if only you could remember what came next and now you’re starting to sweat so you say:

“And then I found five dollars.”

Oh, look at their faces now. So interested. Satisfied. Entertained. Impressed, even.

You should try it sometime.

This completely lame-o blog post is courtesy of a prompt found on Plinky.com, a site chock full of quirky questions and whose tagline is, “Because sometimes you need a push.”

Yes, despite the two-inch-thick folder of blog ideas I currently have in my planner and the list of post topics specifically lined up for June, when I stared at the computer just now, I came up empty. I got nothin’. And so, a little visit to our friend Plinky was in order.

And I kid you not, this was the first (okay, the fourth, but the rest of this is all true) question I saw: “What would you be excited to find on the ground right now?”

Clearly, I’d like to find five dollars on the ground right now. Because that’s the only thing saving this post now.

Hey, I have an idea. Why don’t you head over to Plinky and pick a question, any question. Come back here and then answer it in the comments. It’ll be fun! Yeah!

(Side note: I suggest including the question with your comment, but I suppose if you wanted to really throw us for a loop you could leave it out. It’s up to you.)