New tunes on a Tuesday 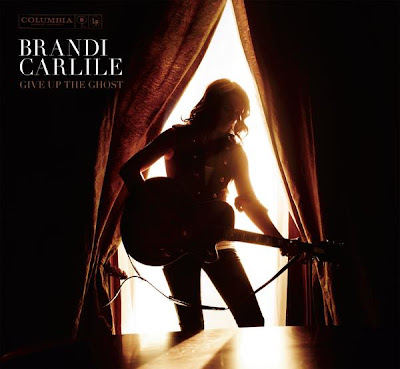 I have a confession. Even though I consider myself a music person, I’m not one of those cool music people. I don’t wear black, I can’t improvise and – here’s the real kicker – I listen to the radio.

Given that my music-listening hours are occupied by the same 10 songs my favorite stations play, I don’t often stumble onto songs and musicians outside the mainstream. Or, even just new ones.

(Unless you count the new music battles that some stations play, where they pit the latest songs by two already-popular artists against each other. And I’m guessing that does not count.)

So when One2One Network gave me the opportunity to review and give away Brandi Carlile’s new album, Give Up the Ghost, I didn’t hesitate. Of course I signed up!

As I mentioned in my official disclosure last week, I will never tell you I like something if I don’t. That means you can take this at face value: I love this CD!

After I listened to it a few times, I started doing a little research. You can learn about Carlile on her web site, but you may already be familiar from her if you’re a Grey’s fan. The show has apparently featured several of her songs, which explains why her sound was somewhat familiar to me.

Carlile reminds me of K.T. Tunstall, and my new Brandi Carlile station on Pandora also plays Norah Jones, Adele and someone named Missy Higgins. Then again, it also played Coldplay, so this is only so helpful.

I really enjoy acoustic music, and Carlile’s real, sometimes raw voice is complemented beautifully by her guitar. My favorite songs on Give Up on Ghost are Dreams and That Year, but honestly, I love the whole CD.

And now it’s your turn to listen to some new tunes. Win a copy of Brandi Carlile’s Give Up on Ghost by leaving a comment. Tell me your latest music find or current favorite song. I’ll randomly draw a winner after midnight on Wednesday, October 21.