The one with lists…lots of lists… 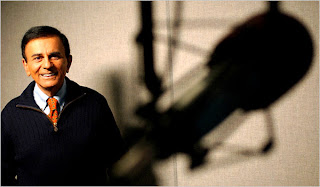 When I was in elementary school, listening to the Top 40 Countdown was extremely important to me. Unfortunately, it aired on Sunday mornings, and in my house, Sunday mornings were for church. So every week, as soon as the car pulled into the garage, I’d race into my room, turn on my radio and press my ear to the speaker.

If I was really lucky, I’d get home just in time to hear a recap of the top songs and the moment we’d all been waiting for: an announcement of the No. 1 song of the week.

Then on Monday mornings, I’d compare notes with my sometimes friend, sometimes spelling bee nemesis, Jeremie. “Did you hear the countdown?” we’d ask. And then we’d rehash the list of hit songs all over again.

I’m not sure why I like countdowns and lists so much, but that’s definitely something that hasn’t changed since those nerdy early days. The hours I’ve dedicated to VH1’s I Love the 70s, 80s and 90s (and Top Rock Songs, Top Love Songs, Top – well, you get the picture) can attest to that.

However, based on extensive blog reading research this past month, I’ve deduced that an appreciation of lists is not exactly cool. It seems every blog in the world is recounting the top or best of something, all the while acknowledging that such an activity is lazy, annoying, boring or passe.

Good thing I’ve never been cool. Because I love year-end lists, and this year we got a bonus: decade lists! I’ve been collecting a list of lists (does it get any nerdier better?), and I’ve got my favorites to share. If you’re not too cool for school, check them out:

How do you feel about top or best of lists? Hate ’em with a passion? Love ’em and that ageless Casey Kasem? Secretly adore them but mock them to fit in with the cool kids? Spill it.