You Say Goodbye; I Say Hello 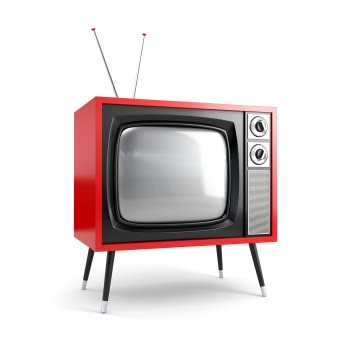 It hit me on Monday night. The regular TV season is over.

Many tears were cried. Teeth were gnashed. Hulu was searched.

I’m kidding, of course. Hulu was searched (and a re-watching of Veronica Mars was considered), but I certainly didn’t cry over the lack of TV to waste my time. I was actually a little bit excited to turn off the TV and be able to focus on something without one eye remaining fixed to the tube.

But my new-found dedication to spending my evenings cleaning house and organizing drawers won’t last for long. Partly because those things are boring, of course, but also because just as the spring season of television comes to a close, the summer season comes calling.

“Hello! Remember me? I’m So You Think You Can Dance [Dance, Dance]! Your old pal from summers past? Yeah, that’s the one. I’ll be on twice a week now!”

Oh yes, that’s right. Summer TV! While we just said goodbye (or, for most of my favorites, goodbye for now) to our regular programming, there’s still much good viewing to be had.

And the best part – for me – about the summer shows is that the ones I watch, Mark enjoys, too. (Minus SYTYCD, despite my many efforts to point out the sport of dancing and the athleticism of the dancers.) And that means, I tape them and we watch them over the weekend, still leaving my weeknights blessedly free to fold laundry and balance the checkbook.

Before I dive in [ha! As if writing 250 words before getting to my point is diving in!] to what I’m watching this summer, I thought I’d take a quick moment to say a formal farewell to the shows I’ll no longer be watching this fall.

Now, on to the summer shows!

What are you watching this summer?