How to Help a Friend Who’s Lost a Loved One 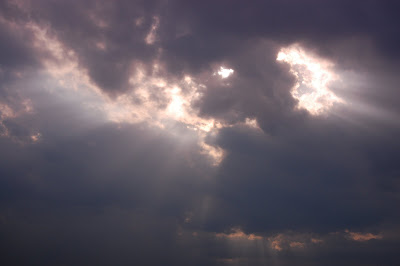 When Mark’s mom died in a car accident, we were living in my college town about three hours away.

After we got off the phone with his dad, I called my parents. She’d already talked to my father-in-law, so she knew what was going on. I don’t remember what she said, but I remember asking, “Do we need to bring funeral clothes? Are you sure?”

I just couldn’t believe it.

It’s weird, the things Mark and I remember from the days that followed. One of my most distinct memories is how nobody thought to remove the sheet from the living room couch. Mark’s mom covered the couch with a white sheet during the day – when nobody was there – to protect it from the direct sunlight it got from the windows.

When we arrived at his parents’ house and I saw family and friends crowded into the living room, sitting on the sheet-draped couch, I inappropriately thought, “Oh, Marilyn would just die if she saw that!”

I don’t know what’s wrong with me.

Another thing I remember so clearly is how I felt when our friends from college showed up at the visitation and the funeral.

One couple drove down with their young son and stood in line for hours to see us. (If I remember correctly – and strangely enough, this is where my memory is a little fuzzy – 700 people came to the visitation. It was a Long. Line.) They literally hugged us and got back in their car to drive home.

They spent nearly six hours in the car – with a toddler – to be with us. To show us how much they cared.

The next day, at the funeral, I was surprised to see four other friends from college. They even came back to Mark’s parents’ house after the funeral to talk for a while.

There was just something so special, so meaningful about them being there with us. I’ll never forget that.

When I asked you last week how you comfort friends who are grieving, several of you mentioned just being there.

It’s so true. It doesn’t matter what you say. You might not have to say anything at all. But being there makes all the difference in the world.

A few years ago, a good friend of mine had a miscarriage. I’d never been pregnant at that point. I had no idea how she felt. But I chose to be there. Another friend and I went over to her house and we watched Ella Enchanted

. That is not great cinema, let me tell you, but it didn’t matter. We were just there. And I think that helped.

You all had some other great advice, and I wanted to make sure everyone got a chance to read it. If you have some tips or insight, please feel free to add to this list in the comments!

How to Help a Grieving Friend

A few days before my wedding, a man in our small town was killed in an accident. His daughters were in my brother’s and my grades, and we had grown up together in church, Camp Fire and Scouts. I was devastated for them, but I’ll be honest: my head was spinning with wedding prep and jitters at that point.

Because of the timing, I wasn’t able to go to the funeral, and I felt terrible about it. I’m thankful my mom is such a pro at dealing with grief. She took a break from the wedding madness, cooked some food and sent my brother and me to the house to hug our friends.

I still feel bad about missing Jack’s funeral. But I’m thankful my mom prompted me to do something. I think Connie’s point is the best one for me: Even if you don’t know the right thing to do, something is better than nothing.

This post will be linked to OhAmanda’s Top Ten Tuesday. And I used an affiliate link.