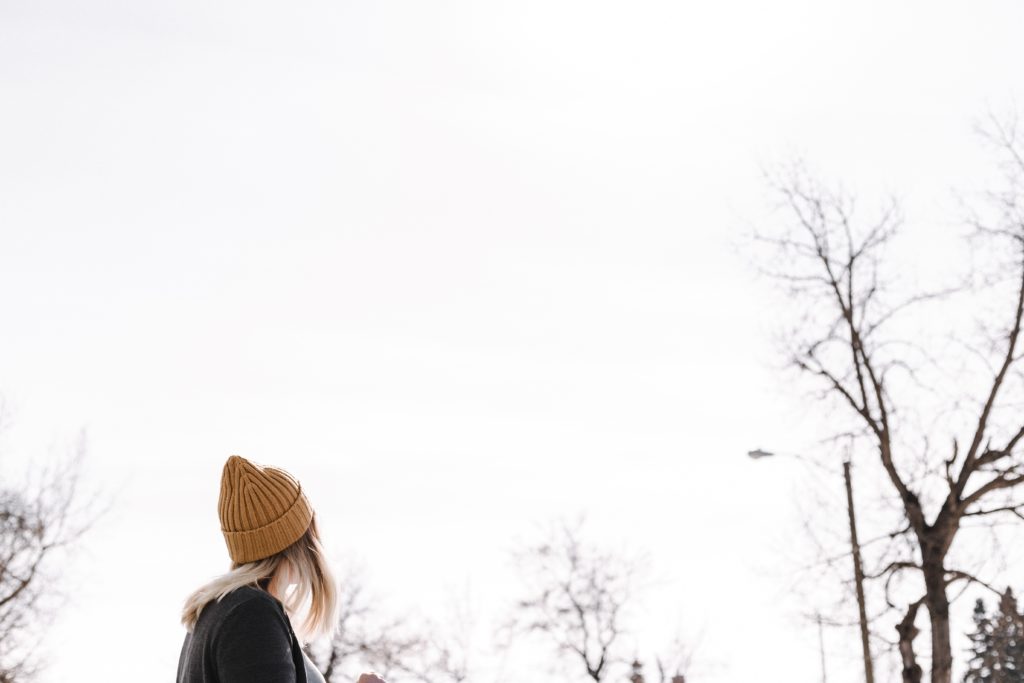 Earlier this fall I watched a new show on Amazon Prime called, “Forever.” Just six episodes long, it starred Maya Rudolph and Fred Armisen, and it follows the unusual story of a married couple realizing they might be in a rut. It is a bizarre little show, one I watched in two big gulps, wearing squinted eyes and slanted mouth and a whole body of language screaming, “What is going on here?”

In the Myers-Briggs type indicator system, I always present as what I call, “a hard J.” One of the four personality dichotomies measured is judging/perception, and my score is nearly 100% on the side of Judging. I’d like to point out here, as I always do when discussing Myers-Briggs and my J-ness, that this doesn’t mean I’m judgmental. It means I like plans and lists and organization; it means I like clarity and closure — two things you most certainly do not get with, “Forever.”

You don’t have to be a J to like clarity and closure, of course. Many entertainment writers complain that the average viewer is too simplistic and wants to be spoon-fed with details and answers and happy endings tied up in a bow. To that complaint, I say, “Um, yeah. Guilty. This is what I [usually, almost always] want.” If you’re the same, first of all, there’s nothing wrong with that. And second of all, you might find this show hard to process as well.

To be honest the show is actually well-acted and based on an incredibly creative and fascinating topic. For the most part it’s well-written, and I certainly liked the way the creators of the show never intended for it to become a long-running series. They wrote a story that lasted six episodes, and that’s all the story they intended to write. In all these areas, critics and I agree. Where we diverge is whether a show like this one — full of uncertainty and just plain weirdness — is enjoyable, as well as how to interpret some of the story’s loose ends.

Several details involved in building the world of this show seem to come from nowhere and to go nowhere. They seem pointless, these arbitrary rules or hints at explanations that are never resolved. And I heard more than one complaint about this aspect of the show. Why introduce a magical fountain if it didn’t end up mattering in the end? Why give certain characters powers if they were never explained or fully used? Why introduce these strange things with no intention of giving the audience a payoff before the story’s conclusion?

After thinking about it, I decided I actually love this part of the show. More than any other thing about “Forever,” these random details that never got explained seemed so real to me. Because isn’t that how life is?

How many times does something happen, seemingly out of nowhere, bizarre enough that it must surely mean something, only to go unexplained for months or years or lifetimes? How often do we see something and wonder why it is that way, never to receive an answer or even find anyone else who wonders or entertains the questions we can’t ignore? 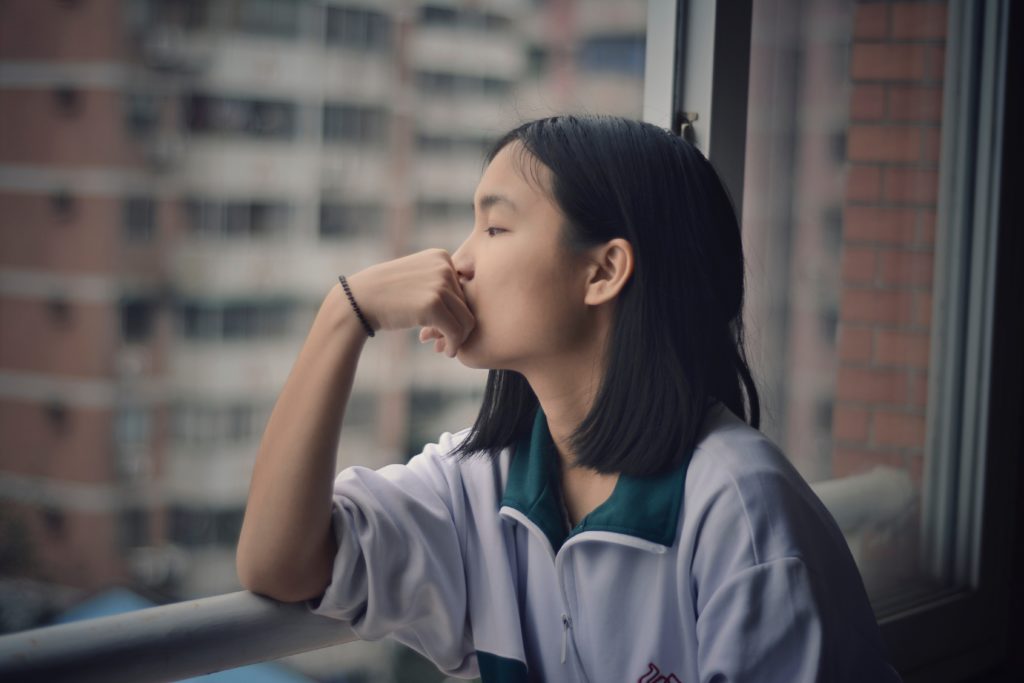 A few weeks ago my pastor spoke about the phrase, “Everything happens for a reason.” His message proposed that rather than leaning on — or throwing around — that cliche, we should instead focus on how God is able to redeem everything that happens. I agree that nothing is wasted with God, that He uses every single circumstance in our lives, in this world to write a greater story than we ever could. But the sermon seemed to imply that believing everything happens for a reason means that we also believe God causes everything to happen — which I don’t believe. I believe God has given us free will and sometimes (a lot of the time) we screw that up real bad. And I believe that He has dominion (control) over every single thing.

How could all these things be true at once?

How could anyone ask me to give up my deep belief that everything happens for a reason? That understanding has been a comfort, a warm, weighted blanket of faith, for me through more impossibly hard seasons than I can count. And now I’m supposed to accept that it might not be true?

If God is ultimately in control while still allowing us free will, which sometimes leads to horrific circumstances for us, His children . . . then how can I process that if there’s no greater purpose, no REASON for it all?

I was so disturbed by this sermon and my unresolved questions that I asked a group of friends what they thought — and then basically dismissed their replies as good for them but not enough for me. I was so worked up about this that I pulled my pastor aside to discuss it further a week later, practically begging him to both explain it so I understood and explain it so it didn’t contradict my previous beliefs.

Not believing there’s a reason? Not finding certainty in a theological discussion? Not feeling settled in what I believed just a second ago? I couldn’t stand it.

As far as I know, the creators of “Forever” really meant it when they said that they wouldn’t be writing or making any more episodes, that the story they wanted to tell is complete. We’ll never get an explanation for that fountain or the powers or the choices various characters made or the ambiguous ending.

My friends and I came to the same conclusion as my pastor and I did: we’re not sure. We all basically believe the same beautiful, hard things about an all-powerful, all-loving God, but that doesn’t get all our questions answered. Are there reasons? Explanations? A larger purpose? Probably. Maybe. We’re not sure.

These questions have been swirling around my head and poking my brain for weeks now, not urgent enough to prompt further debate or research but cumbersome and critical enough to stick around. I suppose I can either let the uncertainty of these things — of all the things — drive me crazy or somehow find a way to make peace with it, hard J or not.

Though I didn’t fully agree with my friends when we discussed the sermon I heard at church, I was comforted by and grateful for their admission that they can’t figure it all out either and their willingness to talk it through anyway. Knowing we’re not alone in our wrestlings is paramount in this world full of open-ended questions and unexplained situations.

I’m reading, “The Wondering Years,” by Knox McCoy right now. I’ve laughed out loud so many times, even slipping into my own, Knox-like wheezy laugh more than once. If you love listening to his pop culture podcast, The Popcast with Knox and Jamie, you’ll love this book, too. But not just for the funny stories and plentiful pop culture references. The bigger picture of this book is that it’s okay to have questions. It’s okay to question. And — gasp! — it might even be okay to have questions without answers.

“We try to convince ourselves that we can think our way to more perfectly understanding God. We believe in our ability to accumulate clues that will help us hack our way into better standing with him. But we can’t reverse engineer God by phrasing our answers in the form of a question or buying vowels. In a universe full of masterstrokes, that does feel like God’s most primo masterstroke of all: that neither the Sajaks nor the Trebeks of the world can solve the supernatural puzzle that is the essence of God.”

Wow. That is a truth bomb right there. I might still not like it (once a J, always a J), but I am relieved to know that I’m not alone in wrestling with these things. I’m grateful to know my friends, a fellow writer, and even my pastor are right there with me, occasionally twisted up in the mystery but choosing to land on the side of acceptance, uneasy though it may be.

If you haven’t gotten a copy of Knox’s book, it’s called The Wondering Years: How Pop Culture Helped Me Answer Life’s Biggest Questions. It’s funny and real and smart and fantastic. (And, hello! If you’re a fan of this blog, where we find Truth in unexpected places…like pop culture, you’re going to like this mash-up of faith and pop culture.)

How do you feel about (or deal with) unanswered questions?

Photos by Priscilla Du Preez and 胡 卓亨 on Unsplash. And this post includes affiliate links, which means if you click and shop, I’ll receive a tiny commission at no cost to you.