And I Could Not Ask for More 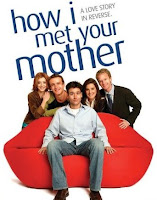 Last night I watched Monday’s episode of How I Met Your Mother. (I taped it so I could watch Bones.) The basic premise is that Marshall quit his job at a corporate law firm because it was sucking up all his time, making him miserable, and forcing him to sell out to the man. Umm, The Man. Anyway.

For those of you who don’t watch, you should. But since you don’t, I’ll tell you about Marshall. He’s married to Lily, and they’re an almost sickeningly sweet couple. Some would debate the “almost” part, but I like them so I don’t. Lily has a billion dollars of credit card debt, plus the couple just bought an apartment they can’t really afford. So Marshall felt like he had to take the higher-paying corporate job instead of pursuing his dream of using his law degree to save the environment.

After he admitted to Lily in this week’s episode that he had quit his job, he swore he would go back and beg for hisjob back. But Lily said, “No, you won’t.” And when her friends asked her if she was upset, she said she was just glad to have her husband back.

You might be wondering why I’m telling you this. Well, it’s because that very scenario occurred in my life about four years ago. I was in a very bad job situation, completely burned out and miserable and spending all my free time on the very job that was driving me crazy.

Like Marshall, I felt like the job was chipping away at my soul. Okay, that may be a bit dramatic, but it was definitely hammering away at my sanity and peace of mind and happiness. So, again like Marshall, in a fit of well, not exactly rage but close enough, I also quit my job. Without another one lined up. Knowing full and well how much debt we had and how my paycheck paid exactly half of all our bills.

And when we told our small group at church about it, all my husband said was, “I’m just glad to have my wife back.”