The Best Show Your Grandma is Watching 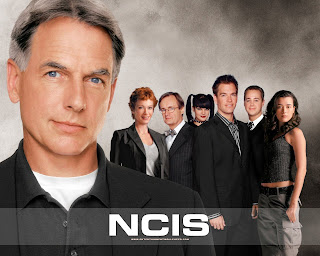 During my senior year of college, I started watching reruns on JAG in the afternoons. As I tend to do, I got hooked and quickly started watching new episodes every week. So when the network decided to make a spinoff of my favorite show, you’d think I would have jumped on board.

First of all, that spinoff – originally known as Navy NCIS – did not star David James Elliott. Second of all, I knew that a spinoff meant the end of JAG was near. So I boycotted. CBS was sad, but what could they do? I drew the line, and I would not cross it.

Until a couple summers ago, when there was just nothing else on. My fierce devotion to all things JAG had dimmed a bit, as it had left the air a couple seasons before and new shows had replaced its #1 spot in my heart. Somehow watching NCIS (apparently someone realized the original title’s redundancy) didn’t seem so bad anymore.

I mentioned to Smitty that I had started watching the show, and she said, “Oh yeah, my mom loves it.” Then I noticed that, possibly due to Mark Harmon’s starring role, this was a show thought to be watched primarily by older women. Seriously – Google it. You search “NCIS + grandma,” and you’ll see I’m not even kidding.

Despite that reputation – and TV Guide’s refusal to have a blog for the show – I added NCIS to my weekly rotation. And now, all of a sudden, this little show loved by grandmas and me (and okay, maybe a few others) is getting a lot of attention.

This week, media outlets from Slate and MSN to the New York Times and the LA Times have been forced to recognize. Apparently, NCIS had 18.8 million viewers last week – more than any other show on television!

How did this happen, you ask? Well, nobody seems to know for sure, although lots of theories are been tossed around. One site, TV Squad, listed the top 5 reasons it’s cool to like NCIS:

It is a funny show. And for the chick-flick-loving ladies like me, there’s a little bit of romantic tension, too. Of course, the mysteries and political intrigue are good, too. But perhaps the biggest mystery is just how, according to the New York Times, “While no one was looking, a six-year-old television series that lands on few magazine covers, enjoys almost no love from critics and never gets a sniff of a nomination for prestigious awards is suddenly the hottest show on the air.”

We’ve talked about favorite TV shows a few times around here, but do you watch any unpopular shows? (Amy, you mentioned The Unit. Maybe it will be the next military show to gain popularity?!)