Last week I discussed the week’s season finales, and I’m happy to say that this week brings us to the end of season finale season. Happy, because that means So You Think You Can Dance is on . . . and we get a break from other shows. Summer, here we come!

But before we can truly begin summer, I think we need to debrief the last of the season-enders. Let’s get started.

SPOILER ALERT: Stop here if you haven’t watched these shows yet. Because then you’ll find out what happens and you’ll be bummed out, and it will be Up Close & Personal with Smitty in high school all over again. (I said I’m sorry, Smitty. I didn’t mean to tell you about the ending!) 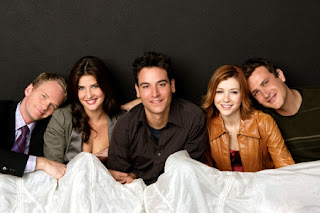 Monday was the day we’ve been waiting for, the day we’ve been teased about for a season and a half, the day that we find out why there was a goat in Ted’s apartment on his 31st birthday. And, because we’d been teased for so long, I have to say that the season finale of How I Met Your Mother was a bit of a letdown. The goat, the birthday party, even the big change in Ted’s career path – it had been built up so much that the payoff just wasn’t that spectacular. The best part, I think, was the scene where Robin and Barney finally start to address their feelings for each other. It didn’t get too mushy and they didn’t act out of character, but it was still a sweet moment. 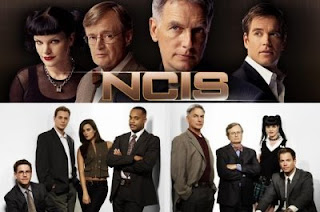 Tuesday’s finale was much better. As you know, I’m a big fan of NCIS. I even read the show’s message board some weeks. (Don’t judge me.) And even though I’d read some interviews and spoilers about the NCIS finale, I was still surprised. You might even say stunned. Because even though none of the team members died (despite CBS’s insistence on saying, “And only one will return.” in the commercials), the team is definitely not together. And I’m really not sure how they’ll resolve the situation next season. This was a good one. 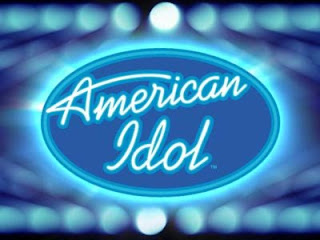 And now . . . the finale of all finales . . . American Idol. Even though I sing – and secretly believe that I could make it on the show if only I weren’t so old – this season was the first one I’ve watched from beginning to end. And let me tell you, I was ready for it to be over! But it was good. I think the last several contestants were extremely talented, and I imagine we’ll see, or hear, a lot of them in the coming months. I liked Danny, but I was glad he got cut. I didn’t think he was nearly as talented as Kris. And, of course, Adam was in a league of his own. That being said, I was happy with the finale results. I mean, imagine if poor Adam would have been forced to record that wretched song!

As for the finale itself, there were some good performances, some lame performances and some that I missed entirely. (Sorry, American Idol, laundry doesn’t stop, even for you.) I thought Fergie looked terrible and it’s ridiculous that she used language that needed to be bleeped. I thought Rod Stewart danced like the old man he is, but yes, he’s still good. I really enjoyed the group number of Pink’s “Still a Rock Star.” I thought it was pretty appropriate for the situation.

Except maybe where they said, “You’re a tool.” Not so appropriate to sing to the bajillions of fans who voted for them.

I was not surprised to see Tatiana return, but I guess she’s a good sport to act so foolish. Bikini girl, I could have done without. As another blogger mentioned, so much for this being a family show.

I really liked the Kiss performance, and looooved Kris Allen and Keith Urban.

And in the end, I was happy that Kris won. I think both Kris and Adam are extremely talented and genuinely nice guys. And I think they’ll both be successful. And now, thankfully, it’s over.

One more thing, though. Here are two great links about Kris Allen. First one is from Give Me My Remote, showing his interview with Jay Leno – adorable! Second one is from Kelly’s Korner, talking about his faith – awesome!

What did you think? Are you glad that TV season is over and summer is here? Did you think Adam should have won? Do you watch NCIS?

And do you think I’ll ever catch up on The Office?