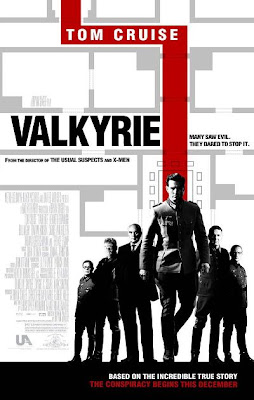 First, Valkyrie. When I looked up other reviews of this movie, to see what the “real” critics thought about it, I started doubting myself. But then, as I looked deeper (not, keeping it real, not too deep), I realized that I’m not alone in my reaction to this movie.

See, I’m not opposed to historical films. I like learning things. And crazy he might be, but Tom Cruise has been known to make exciting movies while looking, well, not ugly. Okay?

But I left this movie feeling like I did after I watched The Good Shepherd. I was so looking forward to that movie. I mean, it was about the CIA (Yay! Spies!) and it starred Matt Damon (remember the Bourne movies? Yay! Spies!). But danged if that movie wasn’t the most boring thing ever!

Same thing with Valkyrie. It was about a secret plot to assassinate Hitler (Yay! Secret, spying soldiers!) and stars Tom Cruise (Hello, Mission Impossible? You know . . . a little movie series about . . . spies!). But wow . . . this movie was dark and slow and depressing as all get out!

Wait, what was I saying about keeping this brief? Okay, here it is: I didn’t like Valkyrie at all. 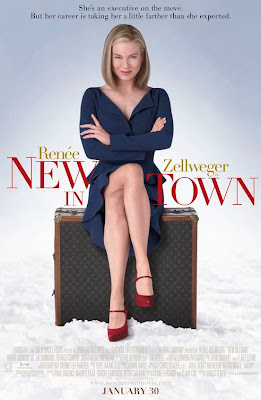 Next, we rented New in Town. This city girl goes to small town and falls in love flick stars Renee Zelleweger and Harry Connick, Jr.

*sigh* I do like Harry Connick, Jr. Mainly for his music. But he’s a little bit cute, too. Mark disagrees; he’s holding a grudge based on what must have been an excellent performance in Copycat.

New in Town is rated PG, and I wondered what kind of chick flick could have the same rating as Shrek. Well, I’ll tell you. It’s a typical romantic comedy – girl meets boy, they bicker, they fall in love, they face insurmountable disaster, everything works out. (Oh . . . sorry . . . did that spoil it for you? I’m going to assume no, because I’m going to assume you’ve seen a chick flick before.)

But the heavy-handed moral of the story and the supporting characters were very nice. The small-town folk mention being Christians, everyone is friendly (except that pesky big city girl!), and anything PG-13-ish like language or sex is kept to an absolute minimum. It really seemed old-fashioned.

And you know what? I don’t think that’s a bad thing. Was this an excellent film? No. Do I love Renee Zelleweger? No. But is it a cute, fun movie that’s worth a dollar? Yeah, I think so. 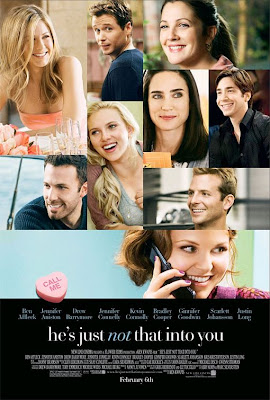 Lastly, I rented He’s Just Not That Into You. I don’t know, you guys. Maybe I was in a grumpy mood. But I did not love this movie.

And then there’s the fact that the movie had about 34 main characters, and I could only make myself like about 2 ½ of them.

There you have it. I don’t have anything else to say about this one. Sorry. I’ve heard that several other people whose opinions I value did enjoy it. But I, for one, am just not that into it.

I’ll try to like the next movie I rent, just for you all. Okay?