Here’s the story of a tiny baby…

You know this girl, right? The feisty one? The willful child? The sweet baby doll who likes to shout, “Hi, Mommy!” and “Thank you, Daddy!” The very kiddo who prays for Elmo and her friends and diapers and her grandparents before bed?

Well, even though she measured in the 75th percentile for height and weight at her last appointment with the pediatrician, she didn’t start out quite so hale and hearty.

That’s right. If you’re new around here, you might have missed my long, drawn-out telling of the whole story last fall. Long story short: Annalyn was born seven weeks early because my health was, well, not so healthy.

But despite being born so early and weighing less than 4 lbs., my stubborn little girl never had a problem. She spent two and a half weeks in the NICU, but she never even had to be on oxygen. And when she’d had enough of her feeding tube, she pulled that sucker right out and decided to drink from a bottle from then on!

She was a fighter.

But she was still tiny. And early. And cold. And wrinkly. And cute. But tiny. And she’s okay today because of the grace of God – and the years of research that told a whole hospital full of doctors and nurses how to take care of my teeny tiny baby.

I was due to have Annalyn two years ago tomorrow (also known as Thanksgiving Day – what a lesson in giving up on perfect that would have been!). So when I found out that November is Prematurity Awareness Month, I was excited to learn more about other teeny tiny babies. Here’s what I found out:

Did you know all this?! I sure didn’t. All I knew is that we are so very blessed that Annalyn is healthy. And I knew that many other families have experienced much more difficult struggles with premature births.

This post will be linked up to OhAmanda’s Top Ten Tuesday and Musings of a Housewife’s What I Learned This Week. And I’m going to take one more look at my tiny baby. 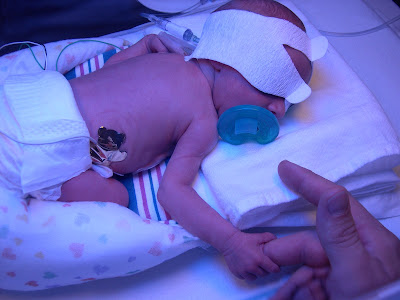 Who’s not so tiny these days! 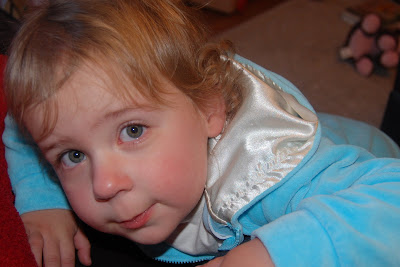