It was just an experience. 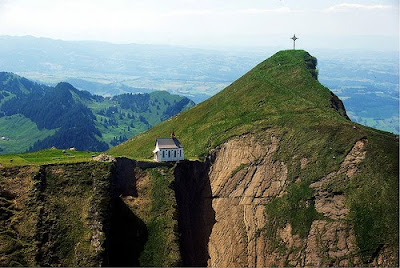 Five years ago, I started a new church.

Not by myself, of course. My husband and I were one of six couples that were part of the “core” group, the leadership team. We left our home church, with the blessing of the pastoral team, and stepped out in faith. Excited. Committed. Passionate.

And less than a year later, we left that church plant. Broken. Defeated. Devastated.

Since then, I’ve tried to bury the pain of that experience and ignore the confusion that wreaked havoc on my faith. Mark and I only dared talk about what happened with the church plant with our friends who left the new church just as scarred and weary, and even then, rehashing old wounds became redundant and pointless.

Recently, though, a new friend asked me what happened. And so Mark and I told our story, our interpretation of what happened between the hope of a new adventure and the disappointment of a failed experiment. The telling brought back suppressed emotions and forgotten details. But it also revealed a new perspective.

Ever since that evening – where my friends learned, I’m sure, way more than they wanted – my mind and my heart have been dancing around this topic. And slowly, finally, I think I’m gaining some traction in my path toward recovery.

It’s a slow journey, though, and one filled with difficult lessons and painful revelations. Like when I realized just how much of the situation was my fault.

So I wasn’t surprised when this weekend’s sermon pricked my still-tender, church-planting heart. I heard the pastor say the words, I felt the sting as they hit their target, and I tried to shake it off. Brushing at the tears seeping out of my eye. Flipping through the bulletin for something else, anything else to catch my attention.

Over the past 4+ years, I’ve held onto the hurt, wishing I could just get over it, but unable to figure out exactly how. And as time has passed, my memories of that experience have taken more prominence in my heart and my head than what God did during that time.

I think part of the reason – though not an excuse – is that as we stood among the ruins of ministries, friendships and dreams, I couldn’t help but wonder:

Why did God let this happen?
Didn’t he know we were doing this for Him?
Did we misinterpret God’s will?
Maybe He didn’t want us to do this . . .

And all I focused on – really, all I worshipped – was that experience. The excitement of starting something new, the high of following God’s will and building His kingdom, the satisfaction of working hard and accomplishing even just a few great things. Those were the things I remembered.

I also recalled the frustration of disagreements, the betrayals, the disappointments. But I forgot to remember the WHY and the HOW.

Because both those questions, whether revolving around the highs or the lows of planting a church, lead me straight back to God.

After warning the missions team to point their worship toward God and not just the experience of their trip, our youth pastor told the congregation how we can avoid this kind of misplaced devotion. He said that if we can just go back and find God in the experience, then we’ll be able to start worshipping the One who created the experience in the first place.

My time as a church planter was short-lived (for now). But I let that brief period become a sort of idol and worshipped it instead of learning and growing. Today, when I look back, I can find God in the experience.

And it’s hard, but I see Him in the way things didn’t go according to those plans and the slow-but-sure disillusion we felt – and the deep hurts we’ve nursed since then.

The interesting thing is that as I rip my eyes from the experience and begin to turn them back toward God, the experience loses its grip on me. It hurts a little bit less. It doesn’t seem quite so overwhelming and insurmountable.

Worshipping God – and not just the experiences He creates for us – puts everything back into perspective. It helps me see that He is big, and I am small. And that one experience isn’t the whole world – or the end of the world, in my case. It’s just an experience.

Have you ever struggled to focus on God instead of what He gives us? How have you learned to put experiences in proper perspective?