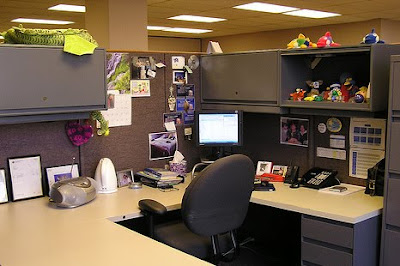 Looking back, I’m not sure that was actually appropriate, considering I was in high school and all.

But it’s true (both about kisses and real estate). It’s also true about workplaces, although I don’t think you’ll find a greeting card with that sentiment.

Can you imagine? Congratulations on your new job! I hear it’s a lateral move, but at least you’re within walking distance of that grocery store with the good salad bar!

No, I don’t think Hallmark will be breaking into this category anytime soon. But it doesn’t change the fact that where you work is sometimes just as important as, well, where you work. 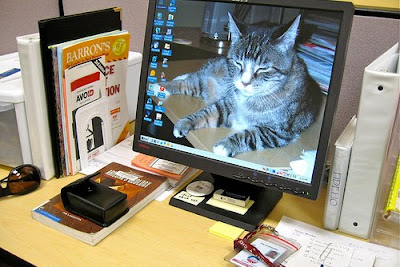 I didn’t realize this at first. My first “real” job after college was in a suburb, and I took it for granted that my office building was just a few blocks from two grocery stores, a gas station, a library, a post office and several fast food restaurants.

When I moved to an office downtown, I realized how spoiled I’d been. It wasn’t that those things couldn’t be found in the downtown area, but driving to and parking at any of those places was a pain in the neck! And at that time (our downtown area has been developed and revitalized since then), the pickings for food, gas and stamps were actually pretty slim.

I worked downtown for a few years and then found myself working in an office building within a mile of that first suburban workspace. This time, my window faced the brand-new Target parking lot.

That’s right. Since I’d been gone, the area had welcomed a Target and a Panera. (Even better? That Panera has a drive-thru!)

More than once, my co-worker John in the next office (also facing Target) would holler, “Hey, Mary, did you see that dog in the parking lot?” or “What is that guy doing over there?”

Yes, we did know how to have a good time. 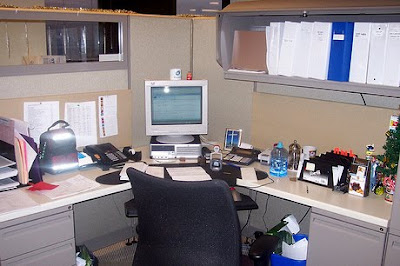 Unfortunately, that perfectly located job was the same job I lost when I was seven months pregnant. After a four-month maternity leave/job hunt, I found myself in a completely new (to me) job location.

This time I was close to home and within minutes of a (dying) mall, Super Walmart, post office, Target, two libraries, two grocery stores and tons of restaurants. And did I mention the 12-minute commute?

But, I realized quickly, I was so far from all my working friends. Meeting for lunch wasn’t nearly as easy as it was when I worked in the city or even south of it. There’s just something intimidating or time-consuming or something about crossing the river. And so lunch dates became increasingly rare.

Buying my non-cold groceries or mailing the bills, though? Piece of cake to get that done in an hour! 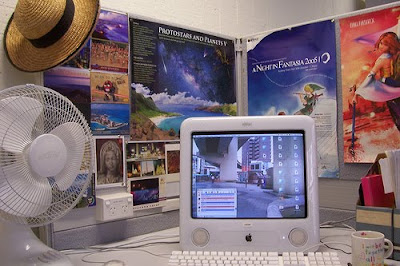 I think my favorite job location would be the ones “down south.” They were further away, but at the time, I didn’t mind the 20-30 minute drive at all. Thanks to an alternate route, I rarely faced heavy traffic, and it gave me time to think. Or, let’s be honest, wind-dry my hair when I was running late. And other than a Walmart, pretty much any type of store or restaurant I could want was close by.

Downtown offices come in a close second, though, just because I think it’s fun (or cool) to work downtown. Except in a blizzard. In that case, it’s terrible.

[For the record: If you find yourself working downtown when a blizzard hits, don’t drink a bottle of water on your way home. Because even though it normally takes just 20 minutes to get home, it quite possibly could take more than two hours. And that’s a long time to hold it. Hypothetically speaking, of course.]

The best part of my current job’s location (and, okay, I’ll admit it: sometimes the best part of my current job, period) is that it’s close to home. When Mark was working evenings, that meant I could go home for lunch and spend 35 minutes with him and Annalyn. Now that he’s working nights, it means I can pick up Annalyn from daycare and be home to spend the evening with my family by 5:00.

Do you think the location of a job is important? What’s the best place – location-wise – you’ve worked? Or the worst?

These are not my cubicles. Photos by DDFic, The Lost Dutchman, GraceFamily and Sailor Coruscant.