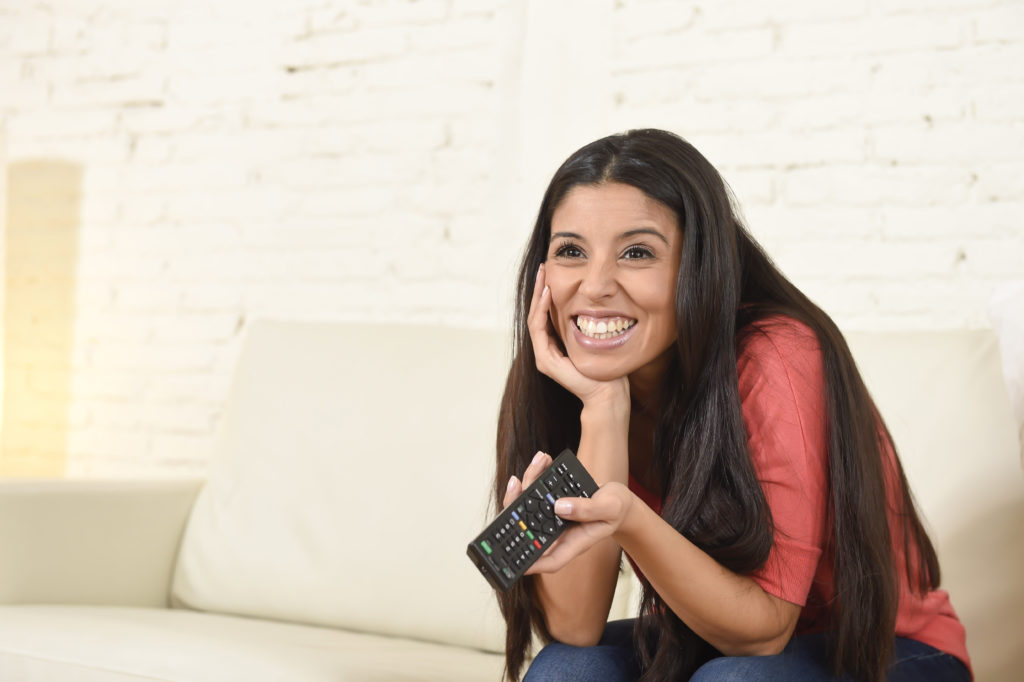 I’ve been writing about TV for quite a while. Even when the focus of my blog was, ostensibly, giving up on perfect, I wrote about my favorite shows. And Superbowl commercials and movies I rented and, of course, the new shows I was looking forward to every year.

Every year I wait for the networks to present their slates of new shows at the upfronts in May. And every year I watch every single trailer for every single show on ABC, NBC, CBS, and Fox. (Why can’t I ever find the time to clean my house or read the classics?!) I enjoy it and, actually, the past two years I’ve made a date night at home out of it by roping Mark into watching with me.

Yes, we’re a couple of wild and crazy kids over here.

I shouldn’t have been surprised but I was. I’d have to look back to know for sure, but I suspect this is the first time we’re seeing the streaming services launch a number of shows at the same time network shows premiere, rather than spreading them out over the year like they’ve done before. Previously it’s felt pretty random, the launch of most streaming original shows. But this fall, Netflix, Hulu, and Amazon are launching a whole line of new shows.

Putting the network (and cable) shows in the same post as the streaming shows felt like too much, so I decided to split them up. If you want to mark your calendar for the new network and cable shows, head over to that post now. (And to make sure you don’t miss any returning favorites, make sure you join my Facebook group, The Couch, where I tell you what to watch every week!)

Okay. Without further ado, here are 8 new shows you might be interested in watching this fall, complete with premiere dates and links to trailers.

There you have it. Eight shows I think you might be interested in, streaming on a platform near you this fall. Which streaming shows are you excited about?